The following is an account from our Meal Program Manager, Darcy Buendia.

Months ago, Srijan wrote about one of the diners at our senior community meal. In that telling we called him James. James had worked in construction until an injury kept him from work. Without a paycheck, he soon lost everything and became homeless. He would visit our program regularly for a hot meal and a conversation, and I would often see him there. But it had been a while since I last saw him. Perhaps he moved? I worry when I don’t see someone who comes so often. Was he OK?

Then, as we were cleaning up after a meal last week, one of the volunteers stopped me. As he was out and about, he had been stopped by a man who asked, “do you work at the meal in Lake City?” He was a construction worker. He told the volunteer that, while he used to go all the time, he hadn’t been able to attend the meal in quite a while because of his new job. He would come visit if he had a day off, but he just hadn’t had the chance yet. He was making a great wage and he didn’t have to sleep on the streets anymore. He was saving money and taking classes to become a construction engineer. He told the volunteer, “tell Darcy I said thank you”.

Every day that I serve a meal I have two goals. I want to create a meal that I am proud to serve to people, and I want that meal to have value to the person who eats it. Perhaps the value of the meal is an excuse to eat with others, rather than alone. Maybe the meal provides some essential nutrition that would otherwise not be had. It could also be a gateway to one of the social service resources that flank the meal. The meals that I serve can’t solve every problem. But what an incredible thing it is to be a part of someone’s life when they need you, no matter how grand or humble the intervention. It’s hard to articulate how honored I am that James remembers me and that those meals could be a part of his journey to stability. It’s one of those much needed reminders that we support HIP for very concrete reasons. You’ll never know the full effect of your actions, but sometimes you get an incredibly touching clue. 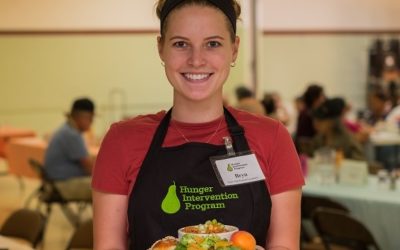 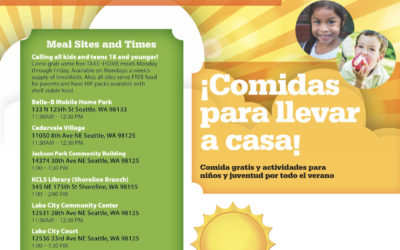