Lars is one of our regular guests at the Lake City Senior Days. Always a personable ray of sunshine, we sat down to hear more about his background. Read about it below!

Lars is one of those people whom you instantly like. He has an infectious optimism, tireless energy, and can wrap you up in a story the minute he starts speaking. If you couldn’t tell from the many pins on his shirt, he is very passionate about social justice and making positive strides for all communities. His travels around the country have brought him into contact with many diverse populations, which is what led him to Lake City and HIP’s Senior Meal Program. 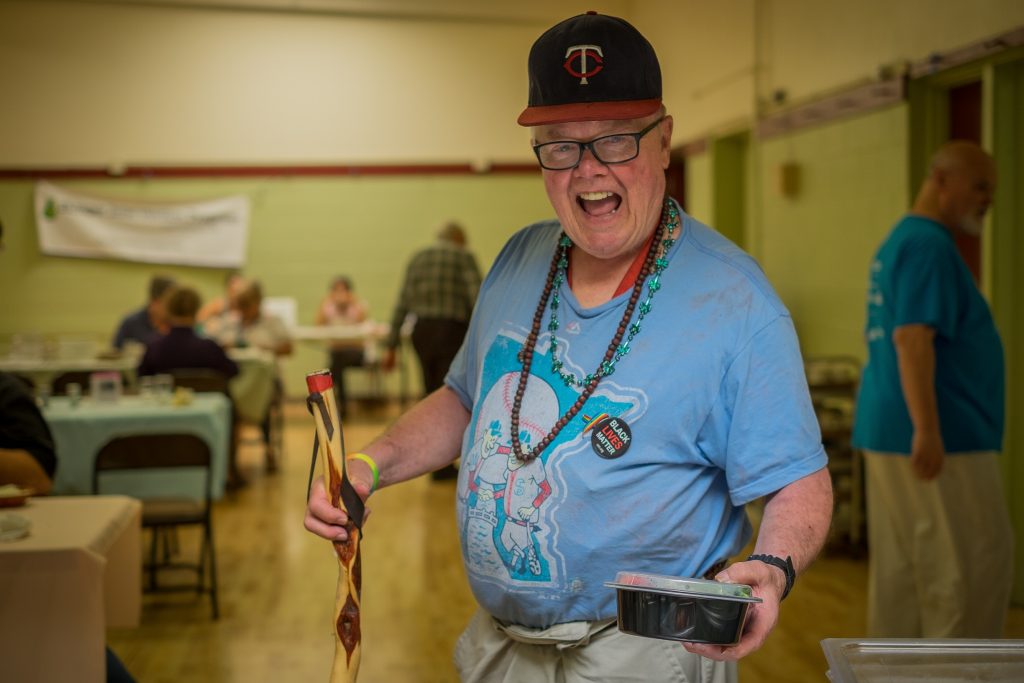 Lars grew up in rural North Dakota in the late 1940s. The oldest brother in a Scandinavian family, he learned early on about responsibility and mentorship. He and his three siblings helped run a family newspaper, which their mom and aunt had taken charge of during the war. When he graduated from college he got a job in the aeronautical systems division of the Air Force as a physicist in Dayton, Ohio. Around this time, tensions over the Vietnam War were at an all-time high, particularly after the Kent State shootings in the very state where he was working.

Through all of this, Lars started to feel mixed emotions about being in the Air Force and being tangentially involved in a war he didn’t believe in. He started going to a social justice church and getting involved with the black community, helping to expose racist housing practices on the military base. He then took a job in electronic countermeasures, which allowed him to travel to different parts of the country. One of those places was Atlanta, where he spent some time getting to know the community at Dr. Martin Luther King Jr.’s church, listening to their stories and getting inspired by their activism. His final job in the Air Force was in race relations education before eventually leaving in the 1980s.

From there, he had various jobs all over the country. One was in Minnesota, where he created a Masters program in multicultural education and completed an internship with the Domestic Abuse Project. Eventually he got a job as a school bus driver in Minneapolis, with his company moving him to various parts of Alaska, Oregon, North Carolina, and Minnesota before bringing him to Seattle. He lived in West Seattle and Ballard, volunteering in the kindergarten room at Martin Luther King Elementary between bus routes, before eventually making the move north.

A feedback form Lars wrote for our Senior Meals Program. He appreciates the fresh jalapeños!

“I’ve had issues with cars for a few years, so to cut down on commuting I moved over to Lake City because my work was in Lake City,” he says. “Once I got over here I found out about the community center. I’ve always been a kind of person that thinks there should be more attitude towards helping a community be better, and I like the diversity in Lake City…so that’s why I’m here.”

Lars heard about the Senior Meal Program through a friend at Two Dog Yoga, where he was taking classes, and has since been coming to meals regularly for the past three years. He has also been continuing his social justice education, taking classes on African studies, literature, film, and music. His favorite types of music so far have been classical, opera, jazz, blues, folk, and gospel – though nothing compares to his rendition of “Happy Birthday” at our monthly Senior Meal birthday celebrations. We love having him provide his sunshine, wisdom, and love of jalapeños to our community meals, and most importantly, his humble spirit of service and activism. As he says, “You can’t save the world…but I try to do a little bit at a time, I guess.”

← Prev: A Letter To Patrick, From Patrick Next: Meet Mimi, the East African Meals Chef and our newest staff member → 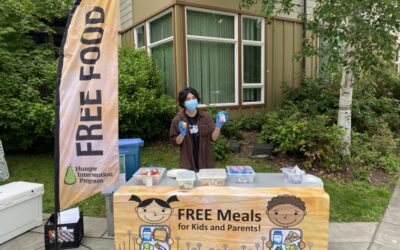 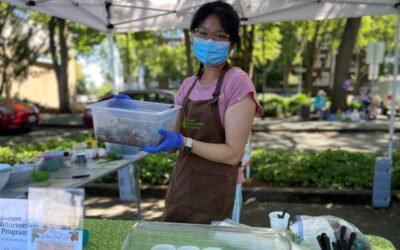 For this month’s Volunteer Spotlight we’re mixing it up! Instead of featuring one of our regulars, we’re going to meet...