Almost exactly one year after Seattle hit its record breaking temperature of 108 degrees Fahrenheit on June 28th, 2021, we are again experiencing temperatures in the high 90s due to high CO2 emissions and climate change. Temperatures like these have major effects on all citizens of Seattle, but heat waves are most harmful to those living in low-income areas who cannot afford air conditioning or proper cooling strategies. What is even more devastating is that in many cases, low-income neighborhoods are often where temperatures are at their highest in the city. This puts these citizens at a higher risk of heat exhaustion, heatstroke, and other heat-related illnesses. In addition, in rural and urban parts of Washington alike, produce suffers under extreme temperatures which limits the already dwindling access to fresh produce for those living in poverty. When looking at these facts, the questions arise: why are cities as a whole, but especially low-income areas, hotter than their rural counterparts? And what can we do to take preventative measures to lower the chances of a heat wave happening, and what can we do to adapt to the situation in the best, safest way possible if a heat wave does come?

The Urban Heat Island Effect explains why cities tend to be hotter than their rural counterparts. The premise is that there are multiple factors that contribute to higher temperatures. These include black pavement that absorbs heat; factories, motor vehicle tailpipes, houses that exude hot exhaust containing large amounts of CO2, and a lack of green spaces that provide shade and moisture to help cool. Plants like trees and bushes also absorb CO2 that can help cool areas down. Putting all of these factors together in a city produces an area that is a few degrees hotter than adjacent rural areas; in fact, cities are experiencing many more heat waves and are getting hotter twice as fast as rural areas.

The parts of cities that tend to be the most affected by heat waves are fenceline communities, which are neighborhoods that are adjacent to industrial centers, businesses, or military bases. These neighborhoods are directly affected by smells, noise, construction, as well as chemical emissions (such as CO2). Fenceline communities are often low-income and harbor the highest temperatures citywide. These neighborhoods typically lack greenspaces, have more black pavement, and residents may have a harder time affording air conditioning. A hotter area with less access to effective cooling systems makes those neighborhoods much more vulnerable to heat waves.

Low-income neighborhoods are also where HIP has meal sites for our Summer Eats program, and during these heat waves, we see meal numbers drop. One of many reasons for this is that many people we serve don’t have cars with air conditioning or access to AC in their homes, and instead have to walk or wait in the blazing heat for a bus, putting them at a higher risk of heat-related illnesses, and potentially preventing them from getting food and taking care of their other needs.

Heat waves also have a negative effect on crops statewide. While extreme heat dries up soil and strips necessary moisture from crops causing them to die, heat waves also increase the risk for wildfires. If a wildfire starts, it can burn thousands of acres and keep spreading because many plants become dry and are perfect fire fuel. When crops die, it impacts the livelihood of many farmers. It also means that there is less fresh produce available, raising the already very high price of those crops. This makes fresh produce, packed with essential nutrients, much less accessible to people in poverty.

How Do We Solve This Problem?

To combat the effects of rising temperatures in urban settings, cities are adopting a development approach called new urbanism, which heavily applies to fenceline communities. New urbanism is an urban development and planning initiative based on how cities have been built over the last few centuries. New urbanism prioritizes creating public spaces where streets are designed for people in addition to cars and bikes, and working with production builders, small developers, traffic engineers, appraisers, financial institutions, public officials, citizens, and others to come up with effective solutions. It focuses on design that is tailored to the communities that live there, and it makes underutilized and underdeveloped places into lively areas where people can congregate in their communities while still considering original habitants. Overall, it makes the city greener, healthier, more efficient, and still inclusive.

Where to cool off during Seattle heat wave (Seattle Times)

Tierney is Hunger Intervention Program’s summer intern through Teens in Public Service. She is a North Seattle local and a rising senior at Lakeside School. Tierney is passionate about providing food security to her community and is thrilled to be able to do that through HIP! She plays lacrosse and spends time with her friends and three dogs in her free time.

We all know that HIP relies on volunteers to cook, serve, pack, and deliver for our various meal programs, but did you... 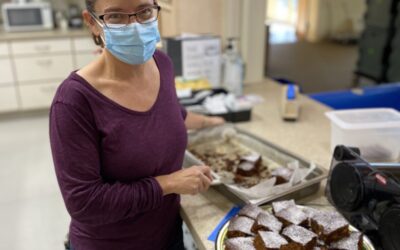 This month we’re highlighting one of HIP’s best bakers, Andrea. Andrea has been volunteering in the kitchen with the... 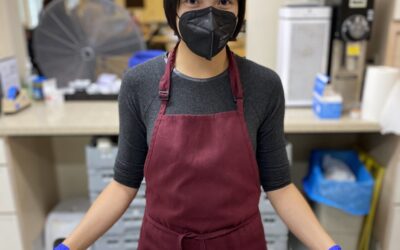 This month we’re featuring Shelter Meals volunteer Fiona. Fiona began volunteering with HIP over the summer and has...